Take a closer look at the evolution of the Animal Kingdom over time and animals' relationships to one another in the Spiral of Life III mural. From the appearance of the first animals 700 million years ago, discover when different animals and animal characteristics evolved, like the fur of orangutans or the eyes of octopuses. Challenge students to think of animals not depicted on the tree and where they would fit in.

The Spiral of Life is a time-scaled modern phylogenetic tree. It uses a radial branching out of species from the last universal common ancestor in order to emphasize that evolution is not exclusively linear or vertical. It also considers the role that lateral gene transfer plays in the evolution of life. 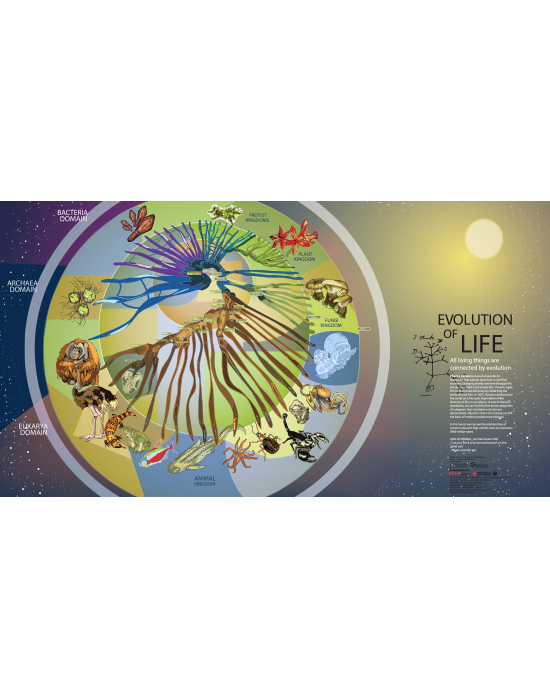 Be the first to know when a new resource is available, or what we’ve been up to.

Thank you! Your submission has been received!
Oops! Something went wrong while submitting the form. Please try again.